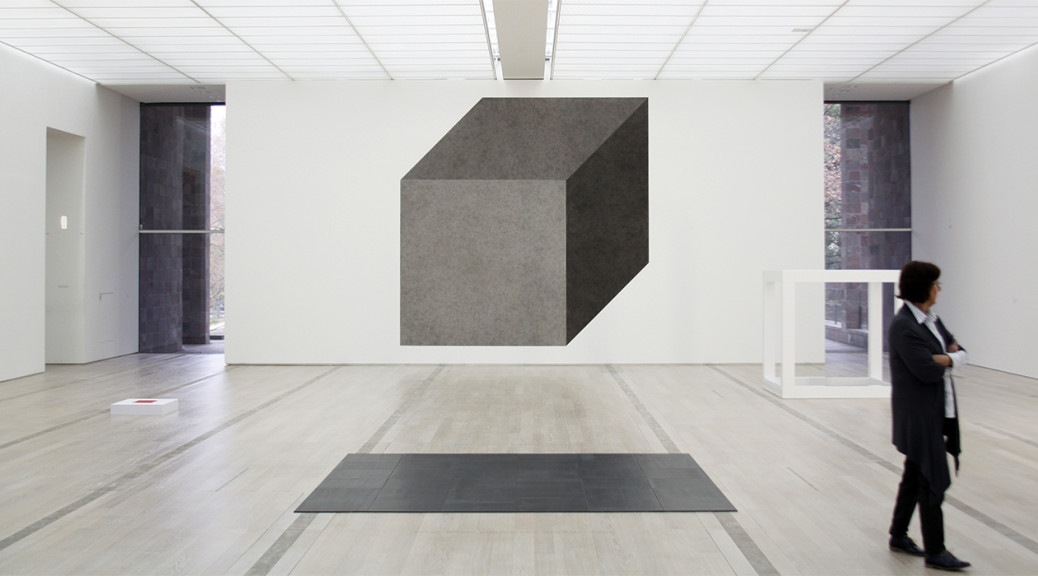 Three groundbreaking works of New Art from the Raussmüller Collection are on view at Fondation Beyeler in Basel/Riehen until January 10th, 2016. After having been displayed at the Hallen für Neue Kunst in Schaffhausen until 2014, visitors can now experience the works in a new environment.

The Wall Drawing #354/A by Sol LeWitt has been executed as a solitaire at Fondation Beyeler and is the clear vanishing point of the space dedicated to so called Minimal Art.

The third work, “monument” 1 for V. Tatlin by Dan Flavin, is the starting point of a series dedicated to the Russian artist Vladimir Tatlin. Over the course of 26 years, 49 additional “monuments” emerged from the first one, variations and permutations in which Flavin experimented on his first idea.