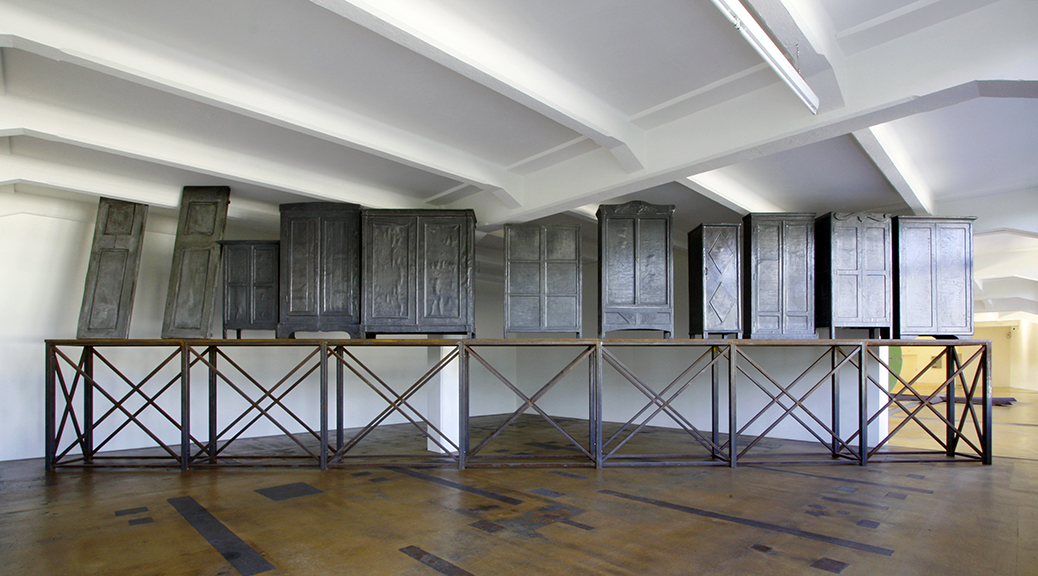 Jannis Kounellis (1936 – 2017) calls his works “pictures”. But the “pictures” that he makes differ fundamentally from conventional art. Instead of illustrating life, they incorporate it as such: fragments of the real world – animals, plants, coal, human hair – are brought into “scenic” constellations in such a way that a new reality arises, stimulating the fantasy of the viewer. With poetic imagination, Kounellis deploys in his works means that activate all the senses and generate an unusually direct effect.

The Raussmüller Collection exhibited major works by the artist in Switzerland and abroad, encompassing his most important themes: culture and nature, history and present time, mythology and civilisation. They include Kounellis’ famous “Senza titolo” (Campi, Pappagallo, Cotoniera) of 1967, a work occupying an entire room and featuring cacti, raw cotton and a live parrot; “Armadi”, his lead-covered wardrobes preserving time on a platform above the viewer’s head; and the central works in Kounellis’ metaphysical “Apollo” series. Find more information on these works in our publications on Jannis Kounellis.

See a film about an exhibition with Kounellis works by the Raussmüller Collection in Milan in 2015 here.