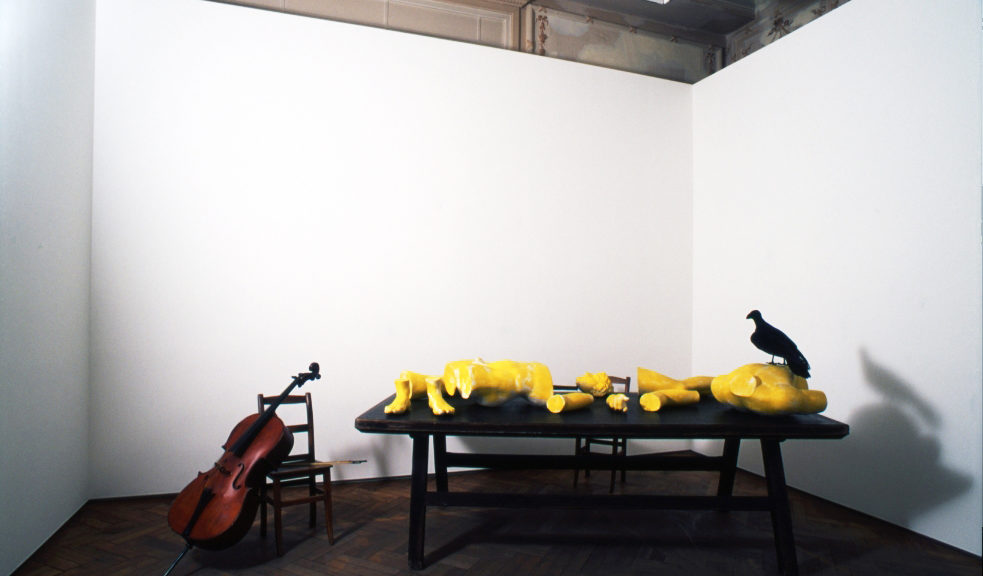 In the case of the Casino Luxembourg, Urs Raussmüller – while retaining the historic architectural structure – transformed a building from 1882 into a contemporary exhibition space that was going to change Luxemburg. Later given the added name „Forum d’art contemporain“, it has remained a vibrant institution with an international echo to this day.

When Luxemburg became the European Cultural Capital in 1995, it needed an exhibition venue that had to be quickly available on the one hand, and, on the other, inexpensive – a new museum was planned to be built later. With his suggestion to redesign the former Casino Bourgeois, Urs Raussmüller succeeded in finding an aesthetically and functionally convincing solution. In the process, he not only created the architecture, but a entire institution that continues to operate to this day.

In the casino, which had been returned to an elementary condition, Raussmüller placed 13 neutral cubes without ceilings and as a result created an ideal structure for exhibitions. The series of spaces is interrupted by in-between spaces in which the former Casino is visible. Each cube is an entity in itself and thus allows for a concentrated focus on the respective artworks.

The goal of each phase of the concept and the reconstruction was the desire to give the artworks the necessary surface, space and light so that they could develop their full potential. At the end of the cultural year in Luxemburg, the Casino became the one and only forum for contemporary art in Luxemburg. Up to today, its goal is to make visible the diversity and complexity of contemporary visual arts. The two initial exhibitions that Urs Raussmüller organized in 1995/1996 demonstrated the versatility and adaptability of the exhibition architecture: the opening exhibition, “Luxe, calme et volupté. Regards sur le Post-Impressionnisme” with works by Van Gogh, Cézanne and Gauguin, among others, looked towards collectors’ activities in Switzerland’s Winterthur at the beginning of the 20th century. The following exhibition, “Main Stations”, featuring works by Pollock, Warhol, Newman, Stella and their contemporaries, directed its focus to the present and the major innovations in art since 1950. Catalogues were published for both exhibitions by Urs and Christel Raussmüller.