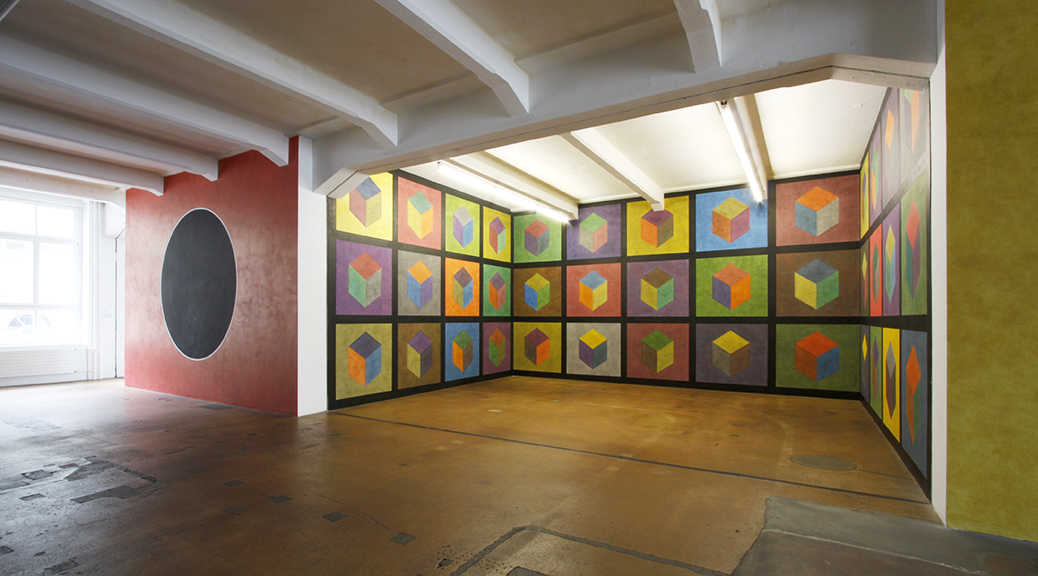 The Hallen für Neue Kunst in Schaffhausen was the leading museum for New Art as it had developed in the 1960s and 1970s in Europe and the USA. Conceived and created by Urs and Christel Raussmüller, it was run as a private institution with innovative ideas for 30 years. It existed from 1984 (opening) until 2014.

With the Hallen für Neue Kunst, Urs Raussmüller created the first consequential transformation of an industrial building into an art museum. He initiated worldwide resonance with his architectural and artistic concept. On 5,500 square meters and with exemplary presentations, he turned “New”, space-related art into an experience. As a prototype for a new museum concept, the “Hallen” became a model for prominent projects such as The Andy Warhol Museum in Pittsburgh or Dia:Beacon in the state of New York. The Hallen für Neue Kunst were created with the goal of giving New Art, which at the time had hardly been given much attention, space and time for it to attain its effect. Its construction was motivated by Urs Raussmüller’s promise to Joseph Beuys to create a site for his planned “Monument for the Future”. (Read more about the origins in the publication Eine Entstehungsgeschichte: Das Kapital Raum 1970 – 1977 & Die Hallen für Neue Kunst Schaffhausen, published in 2012.) Raussmüller gave Robert Ryman’s paintings a sustained presence with three exemplary, long-term exhibition spaces. He showed Bruce Nauman with large architectural sculptures and Mario Merz with a large arrangement of his installations. Carl Andre, Dan Flavin, Jannis Kounellis, Sol LeWitt, Richard Long, Robert Mangold and Lawrence Weiner were represented with work groups as well.

The Hallen für Neue Kunst was a museum for artists. It embodied a connection of art and architecture that entered into history as the “Schaffhausen Model”. As a work by the artist Urs Raussmüller, it is still valid as his artistic manifesto to this day. With its clear concept, the quality of its contents and the holistic approach to its design, it had a creative radiance that went far beyond the idea of a museum. Even the approach to communicating with the public about its contents was groundbreaking on all levels.

“The Hallen für Neue Kunst is a superb example of an institution that has managed to present art in the way that artists would ideally like to see this occur: plenty of space, plenty of light, no didactics – the simple presentation of their works. Then add the effort to gain depth […] in order to get close to obsession – which is what an artists searches for.” (Sir Nicholas Serota as director of the Tate Gallery, London)

In 2014, after 30 years, Raussmüllers decided to close the Hallen für Neue Kunst in Schaffhausen and to continue independently in Basel.