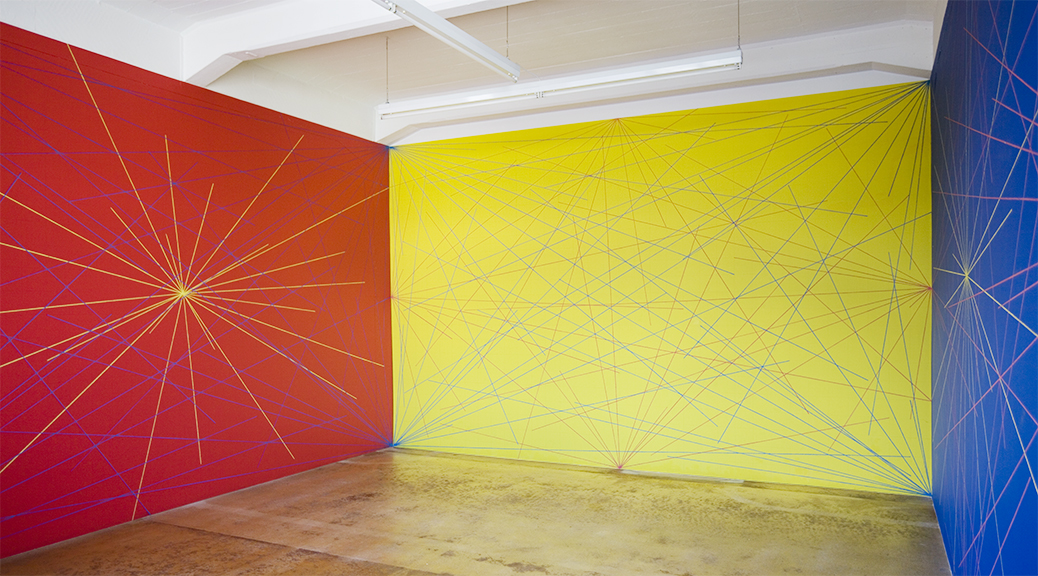 Theoretically you already know exactly what you will see when you read the title of LeWitt’s work. The title is such a precise description of the three-part wall drawing that it simultaneously serves as directions for its realization. However, when you stand directly in front of the work – even more, if you enter it – the physical presence of the color space suspends your technical interest in the principles of its construction. You are surrounded by fireworks that directly influence your senses. You feel yourself to be in the midst of a field of action whose dynamics are not to be surmised from the pure description of the red/yellow/blue walls.

Given art’s development, this aspect has special meaning. Sol LeWitt, “father of conceptual art”, published influential texts at the end of the 1960s in which he called the idea of an artwork its most important aspect and its execution “a perfunctory affair”. He thus caused a great opening in the appearance of art, which to an extent also led to its theorization. But it is precisely this vital work by LeWitt that demonstrates how very necessary the realization of the idea is in order to experience its quality. New is that the realization can occur without the artist’s personal involvement and can be assigned to others on the basis of his clearly formulated concept. The realization of the artwork becomes a collective process that remains alive for generations.

Find the publication “Sol LeWitt: Wall Drawing 308” (2013) with an extensive text by Christel Sauer in our webshop and visit our online platform Raussmüller Insights to learn more about the LeWitt installation in the Hallen für Neue Kunst, Schaffhausen, which remained in place for over three decades (1983 – 2014).