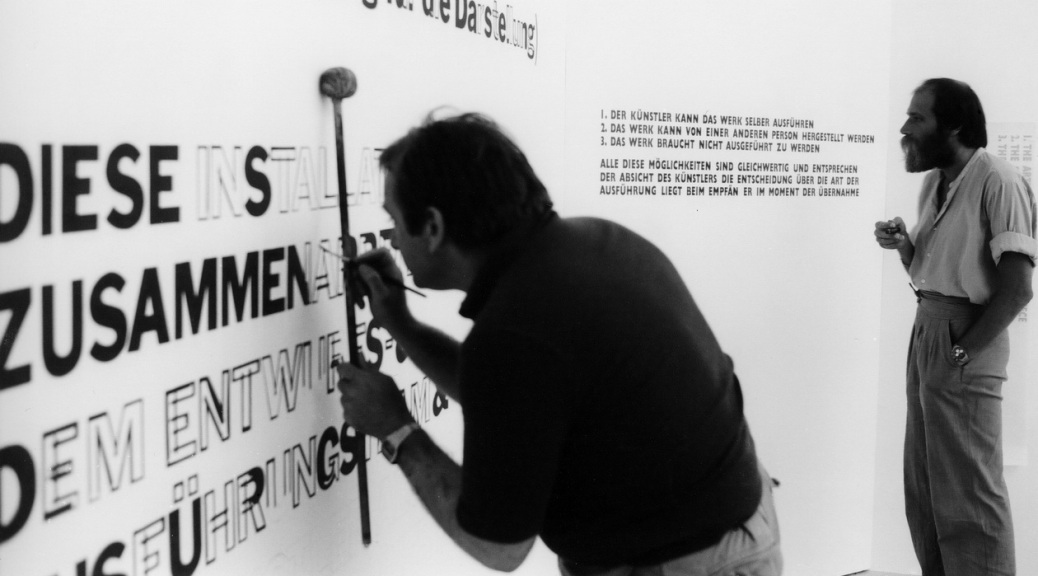 In 1978, Urs Raussmüller opened InK, the hall for international New Art in Zurich. InK was more than just an institution to exhibit (future) famous artists, which was how it became world renowned. At InK, Raussmüller realized a groundbreaking art support concept that he had developed for the Migros Genossenschafts Bund: artists were invited to realize or present new works at InK. They were given space, assistance and a remuneration; the works remained their property unless they were purchased by the newly conceived art collection of the MGB (today: Migros-Museum für Gegenwartskunst, Zurich) or by Raussmüller on a private basis.

Between 1978 and 1981, Urs Raussmüller organized approximately 60 “exhibitions” with 82 artists, among them Carl Andre, Bruce Nauman, Robert Ryman, Ed Ruscha, John Baldessari and Lawrence Weiner, Sigmar Polke, Gerhard Richter, Hanne Darboven, Jannis Kounellis, Mario Merz and Joseph Beuys as well as Wolfgang Laib, Martin Disler and other (then) young artists. Raussmüller had converted a factory building across the street from the school of arts and crafts in such a way that several artists could work in the rooms simultaneously. Thus a continuous dialogue developed between the artists, but also between the artists and the public that had free admission and could participate in the developments.

Urs and Christel Raussmüller augmented the installations with concerts, readings, performances and lectures, and made them known through the InK-Dokumentationen 1-8. The “0” edition (InK Information) includes views and plans of the institution and describes the concept. Specific catalogues were published for special exhibitions that took up all of the InK’s space (e.g. Poetische Aufklärung in der europäischen Kunst der Gegenwart…, With a certain smile?, Robert Ryman, Hanne Darboven: Schreibzeit, among others).

A Zurich city president’s ambitions ended the successful art promotion project by converting the building for a different use.