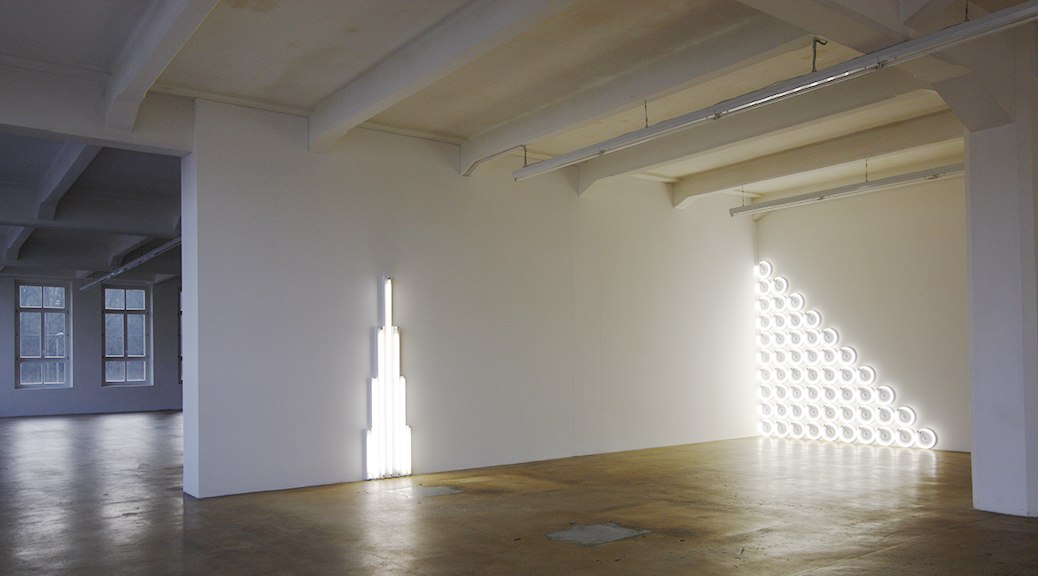 Dan Flavin (1933–1996) works in the medium of light. In 1963, his discovery of the commercial fluorescent tube as a material with which to structure walls and – later – entire rooms marked the birth of Minimal Art. The artist used white and coloured fluorescent tubes in the standard sizes at that time available everywhere. He positioned their fixtures in geometrically clear forms, first of all like “pictures” on walls and then also diagonally across corners of rooms and inside rooms. The effect created by his works thereby derives just as much from the respective arrangement of the fluorescent tubes as from the lighting itself and its radiation beyond its physical source. Flavin’s installations are equally capable of dissolving architecture as of emphasizing it. Another form of emphasis can be seen in the personal dedications with which Flavin furnished his works, and which are contained in their title: these dedications establish an additional, separate level of relationship between work and viewer.

In the Hallen für Neue Kunst in Schaffhausen Flavin was represented during 30 years with wall and corner pieces, including art-historically significant early works such as “The Diagonal of May 25, 1963,” “The Nominal Three (to William of Ockham)” (1963) and “Monument I for V. Tatlin” (1964).